Posted by Paul Smith on October 28, 2014
Posted in: Music. Leave a comment

We began in spring right after the preceding winter when Hayley Alker asked if I would engineer and record her vocals for the forthcoming Curl album, Exit Real Life. I agreed immediately and not just because I’d known Hayley for a good many years either. I had several reasons. Firstly, she is a great singer and a great musician and only an idiot passes up the chance to record and engineer great musicians. Second, it had been a while since I’d just engineered and recorded and I really wanted to flex those muscles again on a record that wasn’t mine. Third, because I have known Hayley for so long we should be able to achieve something special together. We were already relaxed in each others company and that is important as recording vocals can be pretty intimate. Lastly, the rest of the band had given their blessing.

We started old school, before the final versions of the songs arrived, by going through every piece of equipment, mic and pre wise, to find the best combination for the job. Hayley is married to Curl drummer Jon Callender and they own and run Studio One28. I also have my own studio and we put our gear together for the tests. This is not a fun part of the process, it can be tedious and boring and Hayley was great at trudging through take after take of vocal with me messing about with gear and settings. She was even patient when I was backing her off of the mic an inch at a time and probably felt like I was the Zombie master of a solitary Zombie singing army. Like I said, not fun, but professional through and through. After a few rainy, cold Friday and Saturday nights we chose the Amek Neve 9098 mic pre coupled with an AKG 414B-ULS microphone. It was a close call and to be honest, Hayley could sing through a broken hand-held 58 and it would still sound like angels.

A bit of advice for anyone reading, get a good singer. A really good singer. With that you are 90% there and although it is almost true to say that there’s virtually nothing you can’t fix up, vocally, these days; people can tell. On a subconscious level if not a blatant audible level, there is a massive difference. If you want to do a 2 hour session then sit fucking around with Melodyne for 3 days, be my guest. Life is short. Too short for too much shit like that. There are tools for jobs when there is no other way but other than that, get the performance baby, it will do you right every single time.

We now had our equipment chosen and I ran the Amek pretty hot going in, controlled coming out with no compression to tape (that does say NO compression to tape!). You’ll have to forgive me here as I will often use the term ‘tape’ when in reality I haven’t tracked anything to tape in over 10 years. It’s a habit I hope I’ll never lose along with the term ‘print it’ and probably a few others. If you don’t know what ‘print it’ means then look it up you lazy fuck. We’d be recording into Logic Pro 9 and at the end we would be sending the vocal stems (as wavs) over to France at 48KHz 24bit. I knew the guys were going to mix in ProTools so you cannot go wrong with broadcast wavs.

It was always going to be a tricky record to make, vocal wise. Not because of any lack of talent, of course, it was more to do with how long Hayley had lived with the melodies and the lyrics. The most important thing for her was not to sound ‘bored’ with the performance. Now that sounds like a harsh word to use but it’s not. Not in context. Hayley is always writing and Hayley is always singing and as such she can tire of a melody if she doesn’t get it down quickly. That is a good way to be, you’re always striving to move on and there’s never a ‘that’ll do’ attitude but it does come with some dangers. Having lived with the demos for quite some time the urge is to change the melody. What, though, if the melody is brilliant and you’re just so used to it, without it being a finished record, that you think you need to change it? Well, maybe that’s why Hayley asked me to record. I am always honest with her and I can make suggestions and she is always up for suggestions and experimentation. Our aim was to get all these songs down as if it was the first time she’d ever sung them, to have that vitality and spark in the performance that has nothing to do with equipment. That’s where the magic happens.

Along the way we broke some rules and all the time we worked really hard. One song, we had all the lyrics, all the parts and all the melody aside from the end parts. That particular song we did an 18 hour straight session (yes straight, all you pussy motherfuckers who think 3 hours is too long) to work out the parts and the timing of the parts. We kept none of that 18 hour session. We listened back, made sure we were happy and then Hayley re-sung the lot about a week (and we did another 2 songs in between) later. It was how we got the freshness in the performance and was probably the toughest song on the record to do. Another song they had already done live and Hayley wasn’t feeling it. We solved that by me doing a quick mix of the music so that it sounded loud and live and raw, just like onstage. For this, and a couple of other songs, we put a massive sponge pop shield over the 414 and Hayley hand-held it. Wouldn’t that compromise the integrity of the audio? Maybe, yes. It was a risk. But what’s the point of having a 100% controlled environment and the performance sucks? For those of you having trouble answering that I’ll answer it for you… no fucking point whatsoever.

There was a slower song that Hayley sung beautifully and I swear, if I’d turned around after that take and she wasn’t smiling I would have thumped her. She was smiling though, it was a good take and we had it in the bag… or did we? Hayley thought she could improve the second verse by changing the melody. I loved what we already had so I armed another track and said ‘prove it’. She did, it was fucking great and this is where I have a little issue with ‘producers’. Personally, I don’t feel comfortable with the term producer in a lot of situations. I certainly was not one in this situation. I contributed and suggested, true, but Hayley did it all, make no mistake. She did it all even when she thought she maybe couldn’t, I knew she could. The initial take was so good (and it was) that a more forceful producer may have said no to anything further, that they had gotten ‘the one’ and they should move on. Never, ever underestimate your singer if you know they have it. Sometimes it may not work but without trying these things you never know. The other end of this stick is to know when you’re flogging a dead horse and be able to realise that you already have the best take. It’s just every now and then you have to push past it to realise you already have it.

So we finished up, lead vocals, doubled leads, backing vocals and harmonies. Most nights I would come home and during the following day I would clean the takes up, top and tail, label, as someone else (Teo and Franck) were going to be mixing the final records.That is part of the engineering. It is purely technical and it has to be done if you want to help the next persons job. I certainly appreciate it when I am asked to mix a record. So don’t be a lazy spoiled prick. Engineering is an art and a science. Excel at both or get another job as the Minister of Housinge, or something (Housinge? It was spelled like that on the side of the van)

After a two month period we’d had some very late nights and some early mornings. We’d struggled and coped and overcame and song by song we recorded the vocals for the album. Several times I used (one of) my favourite sayings to Hayley and that was ‘We’ve only got to get it right once.’ because after that once, the record is going to be there for a very long time.

When I got the production master from Franck and Jon I put off listening to it for a good 24 hours. When I finally did listen to it, it was wonderful. Good songs, well written, well recorded, beautifully performed, superbly mixed and sensibly mastered. Who the fuck could ask for more.

Many thanks to Curl and a special thanks to Hayley Alker for putting up with all my shit. We did it. 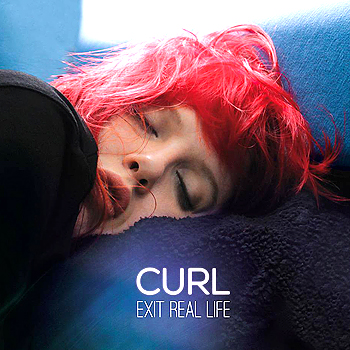